Below is a list of Top Scorers from the 2014 Football Championship. While it is a fun table to look at at the end of the year, the format of the Championship makes the Top scorer an odd measurement of performance. After all you need to be a good forward on a good team to have any chance of making this list. 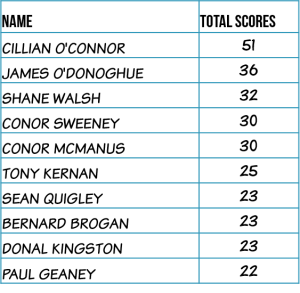 Cillian O’Connor had a great year but he played New York and 2 games went to Extra Time, so his opportunities to score were quite high. A very simple way to evaluate forwards is based on their time on the pitch. The table below simply takes the Minutes Played by each forward and divides by their total score. This gives us a new calculation of Minutes Per Point. So on average how many minutes did each player ‘need’ for each score they got. 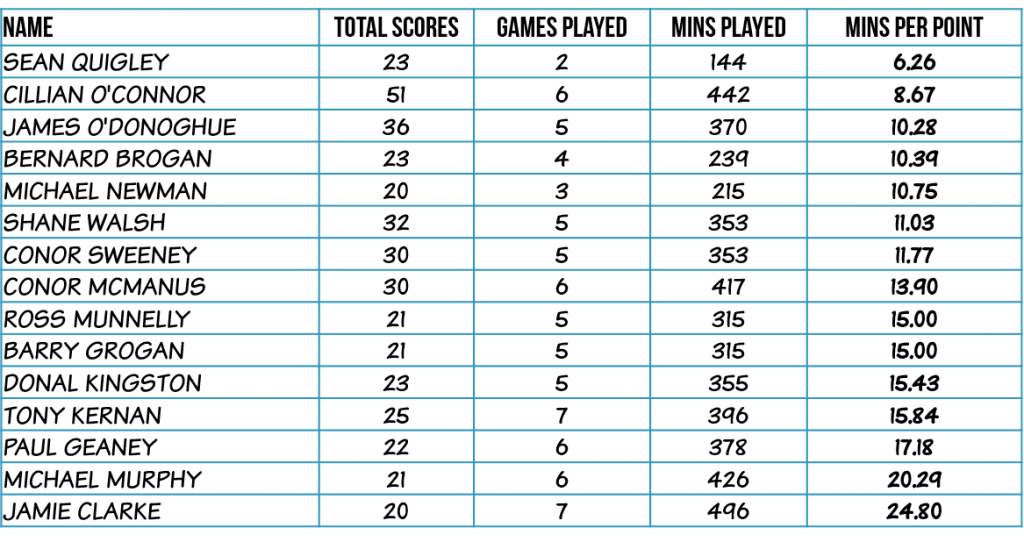 It’s not a perfect measurement but does offer some additional context that the raw scoring chart fails to pick up.

*Update – Below is the Table just counting scores from play.