This first graph shows the Total Points scored (on average) for the 2011 and 2012 season. It’s broken down by province. 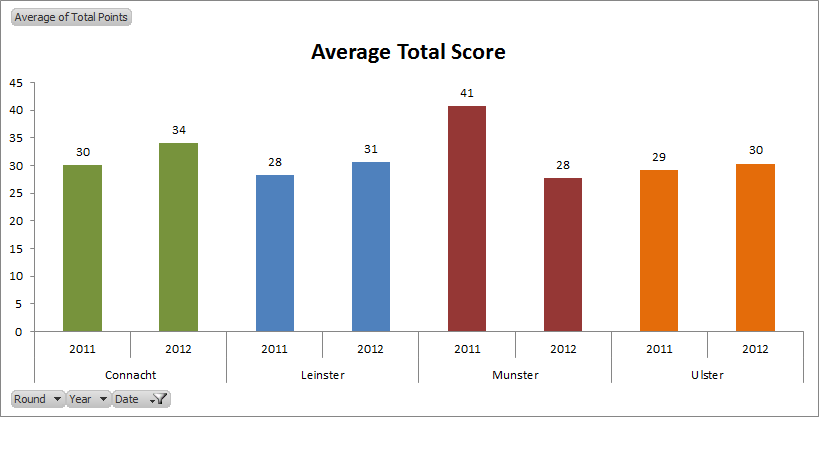 Perhaps more important than the total scores in a game is how competitive the games have been. The simplest way to measure this is to look at the points difference between winning and losing teams. The graph below shows the picture of this based on the same data as above.

An increase in these figures means the games are less competitive. All but Connacht are showing signs of more competitive football. So despite the perception, caused by some very one sided games, when we look at the overall picture football is as competitive as last year.

This figures might change over the course of the season but comparing this year with the same period last year we can see that total points per game are up and game competitiveness is improving.