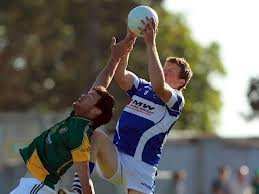 Ever since I have been a Performance Analyst the first stat I am almost always asked for is ‘did we win our Kickouts?’ It is a commonly held belief that if you win your Kickouts you go along way towards winning the game. But is this actually true? Rather than rely on opinion I decided to look at the figures.

I ran the numbers and in simple terms the team who wins the Kickouts wins the game 56% of the time. Considering sport is a game of inches 56% is reasonably strong. But treating all games the same is not really fair so I decided to delve a bit deeper.

Not All Games Are Equal

I wanted to look at Kickouts by Game Type. The reason for this is that in one-sided games say Cork v Clare Kickouts may matter less than in a more competitive game such as Cork v Donegal. I created 3 Game Types;

This can seem a bit arbitrary but there is logic to this and in some other research I have conducted the 8 teams in Div 1 in 2013 are the in form teams over the last 2 years.

So does winning Kickouts matter across the different game types? We get some mixed results.

Game Type 2: The team who wins the Kickouts battle in this game type goes on to win the Match 61% of the time. This is perhaps not surprising – we would expect Div 1 teams to outperform other teams in many aspects of the game not just Kickouts.

Game Type 3: In games involving no Div 1 team (only 6 games analysed) – The team who wins the Kickouts battle in this game type goes on to win the Match 67% of the time. That’s a big number.

This quick bit of research probably throws up more questions than we started with but to be clear; It doesn’t seem Kickouts matter in games involving Div 1 teams but it matters a huge amount in games between teams outside Div 1. Perhaps the results for Game Type 1 are surprising but all I think it does is highlight the fact that primary possession may not be a defining performance indicator among the top teams. This could be down to the structure/discipline Div 1 teams have when defending. We see very different results in Game type 3 – primary possession seems very important. If I was involved in a team outside of Div 1 I would certainly be spending time on Kickouts – but perhaps Div 1 teams don’t need to invest too much time in them.