Yesterday I published some top scorer charts for the last 3 seasons. You can see them at the bottom of this article. I also appended the question can you really still claim Mayo don’t have a marquee forward? Needless to say this got people animated. The general jist was that Cillian O’Connor get’s loads of handy free’s, he doesn’t to it in the big games and if I removed all the early Connacht games I would see something different. So I took a look.

I’m not sure about being this reductionist with the data. But to answer the doubters I said I would take a look. The data looks at just games played in the All Ireland Series (1/4’s onwards) from 2013 – 2015. It takes the actual points scored by that player and what we would expect an ‘average’ inter-county player to score given the same shots. This means that a + number indicates that player scored more than the ‘average’ player would have given the same opportunities and a – number is the opposite.

I am only looking at shots from play – to remove all those ‘handy’ free’s and for ease of viewing I’ve taken the Top 6 and Bottom 6 as a comparison. 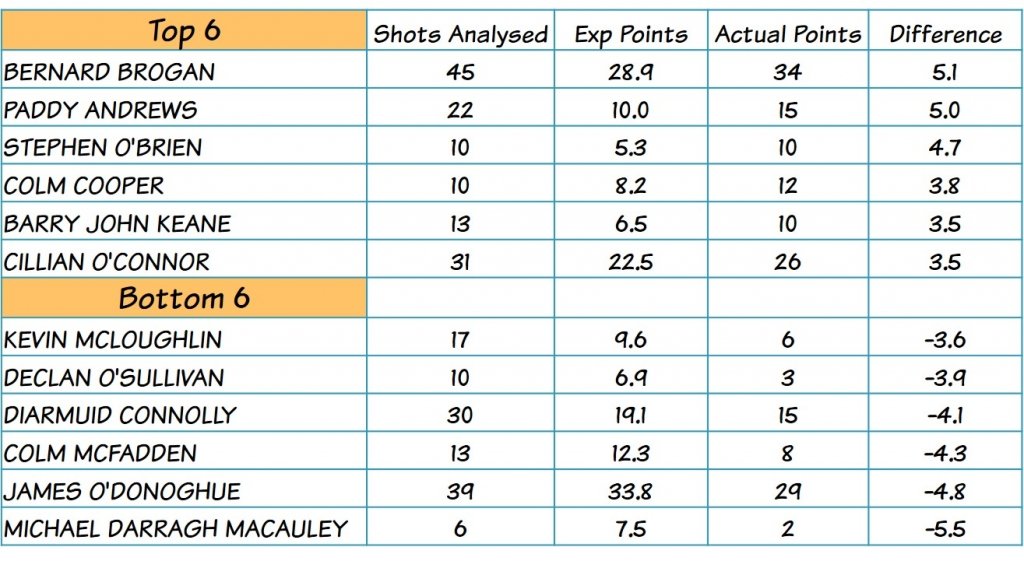 So from this data and based on my model. Cillian O’Connor has added 3.5 points above what an average inter-county forward would get given the same opportunities. Not the Top guy in town but certainly beating a lot of others. In fact when you compare him to some of the names in the Bottom 6, up pop the names of some marquee forwards. It is surprising to find James O’Donoghue here. He has shot worse than the average inter-county forward in these games.

Just to note when we look just at placed ball (excl pens) Cillian O’Connor comes out 2nd. Adding 3.9 above expected.

There is a lot more to forward play than just shooting – but based on these figures I still find it difficult to say that Mayo don’t have a top forward, but I’m sure there are plenty out there who will disagree.

For reference here is the last 3 seasons worth of Top Scorer charts. 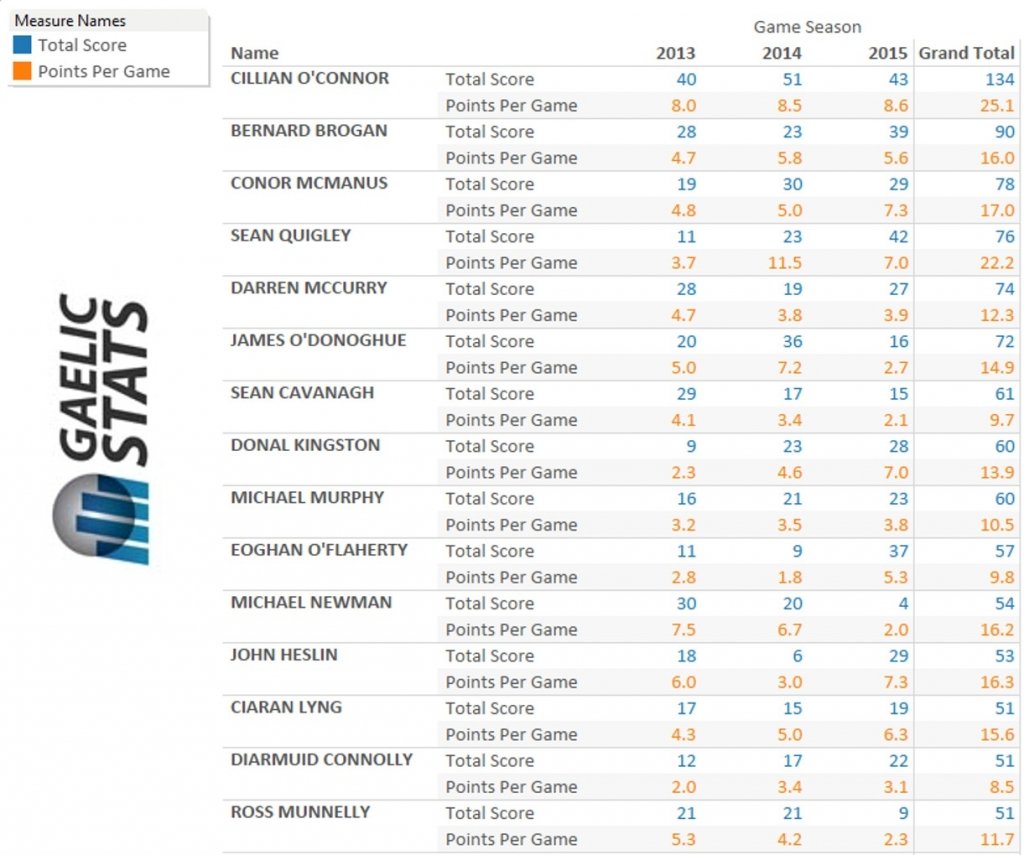