Often people seek out stats that already agree with their own opinion rather than look at ALL the facts.

Colm Parkinson has a problem with GK taking frees and how much time it takes up. His recent tweet: 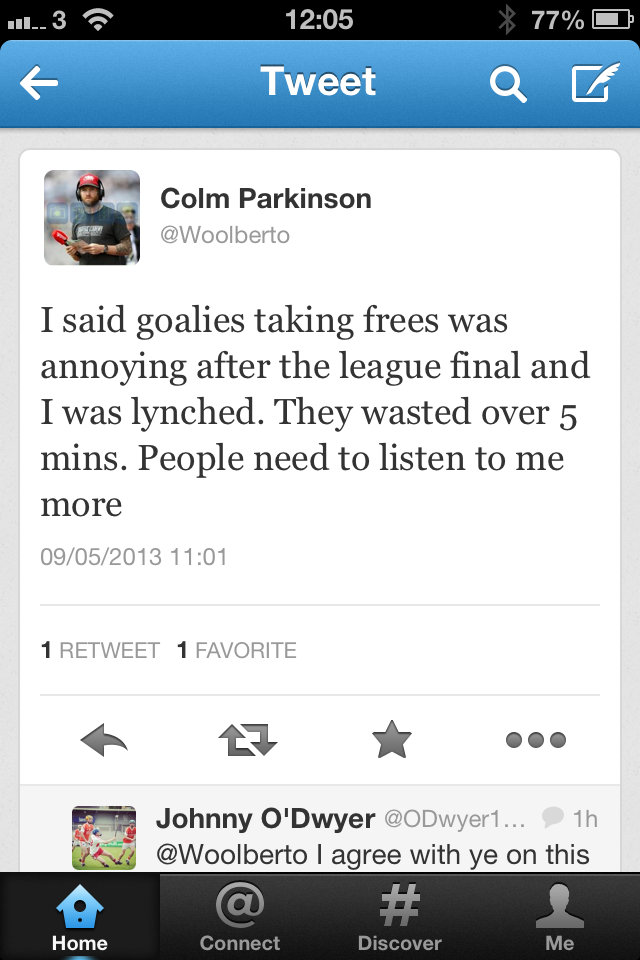 What do the facts tell us;

17 frees were taken where a genuine effort was made at scoring. 6 were taken by the GK’s & 11 by outfield players. If we look at the averages of the time taken from the free being awarded to the ball being struck.

So GK’s took an extra 90 seconds out of the game than outfield players (15 sec x 6), but that’s assuming it should take the same time to take a free from 45m or further as it does from 13m. I’m not sure this is the case and perhaps over the summer we will get a better idea on this. One thing is for sure they did not waste 5 minutes of the game!